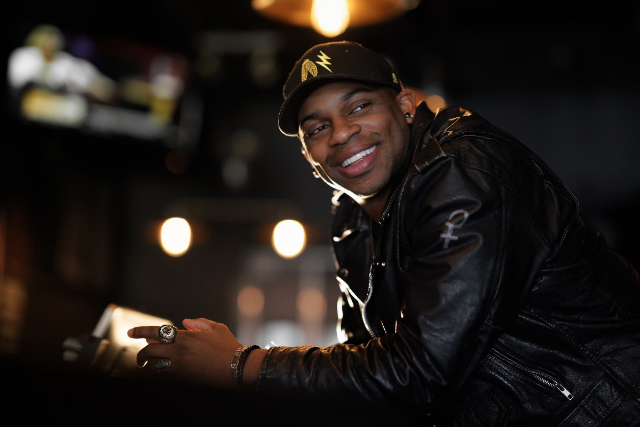 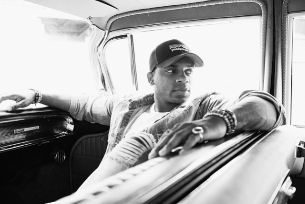 For breakthrough country artist Jimmie Allen, a simple phrase sums up his view on life and music: Never give up. A native of Southern Delaware – the “slower, lower” part of the state, he explains – Allen has carried that mantra with him through good times and bad, whether than meant living in his car or rocking amphitheaters on Toby Keith’s Interstates & Tailgates Tour. He’s poured out his soul at Music City’s famous Bluebird Cafe, wrote a song that was featured in a Super Bowl commercial, and appeared in a Diet Coke ad with superstar Taylor Swift. But now with the BBR Music Group debut of his self-titled EP, a lifetime of never giving up has brought him full circle. “I didn’t quit, I never will,” he says. “Stuff ain’t easy, and you shouldn’t quit either. There’s a big difference between busting your ass, and sitting on it.” What’s embedded in Allen is a powerful, soulful sense of groove – “If my body don’t move in the first four seconds, it ain’t for me,” he says – a love of deep messages and a knack for razor-sharp hooks. Those driving forces form the bedrock Allen’s EP, a cutting-edge mix of country, rock, R&B, and pop produced by Ash Bowers and Eric Torres. Ironically, it’s the same sound he had when he first arrived in Nashville, but now things are different. “Underdogs” and “Best Shot” reveal Allen’s true story of laying it all on the line, while “Back Home to You,” “Back of Your Mind,” and “Blue Jean Baby” find the singer-songwriter reflecting on his journey to the spotlight – with all the love he left behind and romantic hopes included.

Allen’s hard-won dreams are finally reality, but he knows he can’t rest now. Wrapped around his wrist is a homemade bracelet given to him by a fan. It bears another simple phrase – “explore” – and now it serves as a daily reminder. “To me it means to explore every part of your heart that desires to do something,” he says. “No matter what it is. Take a chance and never stop until you figure out where you’re supposed to be.